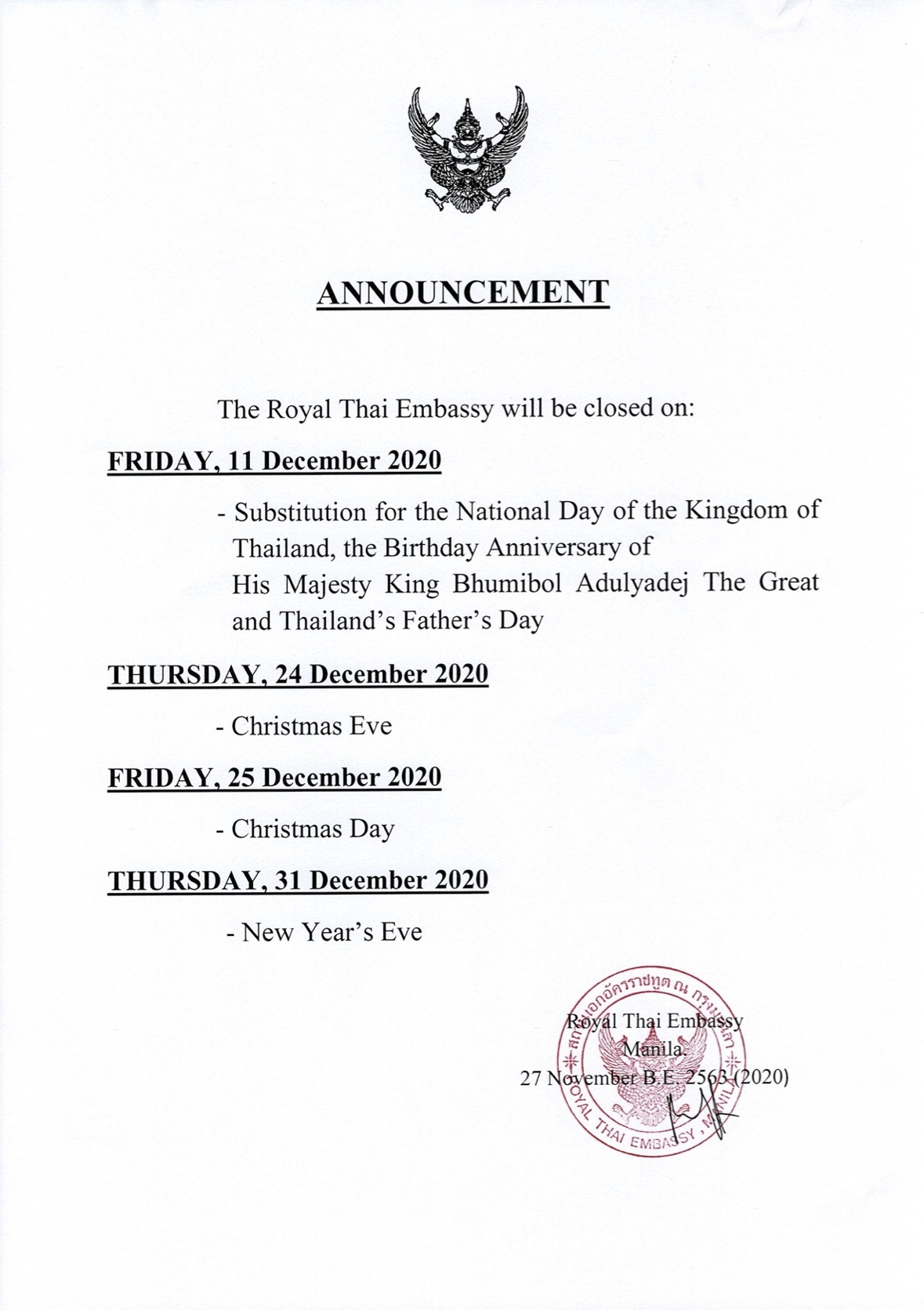 On 12 November 2020, the Prince Mahidol Award Foundation under the Royal Patronage (PMAF) held a joint press conference at Siriraj Hospital, Bangkok, to announce the Prince Mahidol Award 2020 Laureates in the field of Medicine and Public Health. At the said press conference, Mr. Tanee Sangrat, Director-General of the Department of Information, Ministry of Foreign Affairs of the Kingdom of Thailand, in the capacity as the Chair of the PMAF Public Relations Sub-Committee, together with Professor Dr. Prasith Wattanapa, Dean of the Faculty of Medicine, Siriraj Hospital, Mahidol University, in the capacity of Vice President of the PMAF, Professor Supat Vanichyakarn, Secretary-General of the PMAF, Professor Vicharn Panich, Chair of the International Awards Committee, Dr. John R. MacArthur, Director of Thailand Ministry of Public Health - United States Centers for Disease Control and Prevention Collaboration, representative of the Ambassador of the United States of America to Thailand, and Dr. Taraneh Shojaei, Regional Counsellor in Global Health, South-East Asia, the French Embassy, representative of the Chargé d'affaires a.i. of the French Embassy, were also present.

This year, the Prince Mahidol Award in the field of Medicine is awarded to Professor Dr. Valentin Fuster from the United States.

Professor Dr. Valentin Fuster’s prominent work is on the research of the role of platelets in the development of coronary thrombosis and the benefits of antiplatelet agents in preventing coronary artery bypass grafting (CABG) occlusion after coronary bypass operation. His research findings have greatly reduced the morbidity and mortality rates and helped improve the care for patients with atherosclerotic coronary disease.

The Prince Mahidol Award in the field of Public Health is awarded to Dr. Bernard Pécoul from France.

Dr. Bernard Pécoul established the Drugs for Neglected Diseases initiative (DNDi) in 2003 as a non-profit research and development organisation, with the aim to develop a safer, effective and affordable treatment for patients with neglected diseases. DNDi has developed 8 effective treatments for neglected diseases, namely malaria, sleeping sickness, visceral leishmaniasis and chagas disease which were later prequalified by WHO as first medicine for neglected tropical diseases in many countries. Prior to his involvement with DNDi, he was Executive Director of the Médecins Sans Frontières (MSF), an international humanitarian and non-governmental organisation engaged in overcoming barriers to access to essential medicines in Africa, Latin America, and Asia.

Dr. Pécoul’s contribution has played an important role in reducing mortality rate and improving the quality of life of millions of people around the world, especially those in developing or low-income countries with neglected diseases. 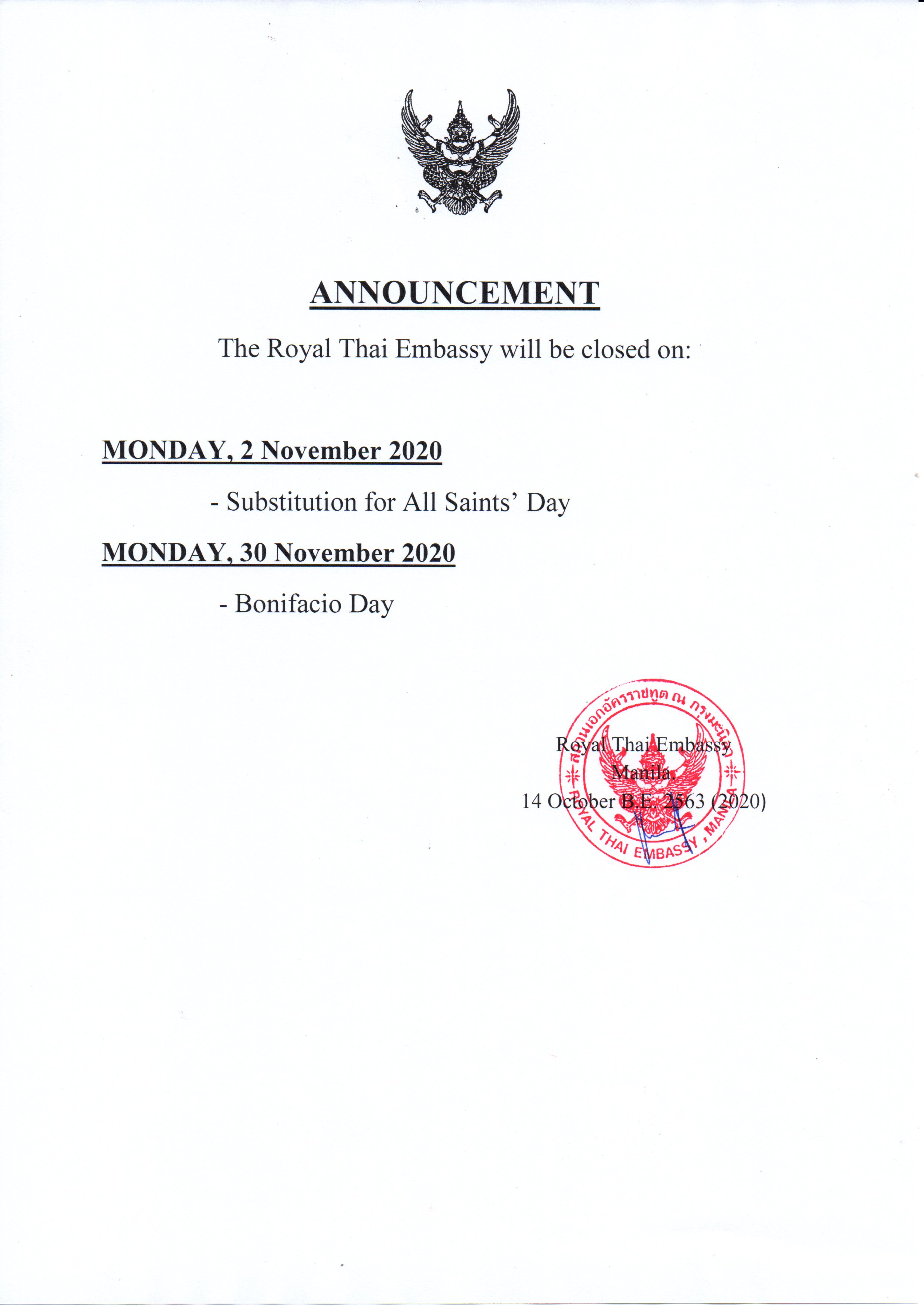 The Princess of Humanity

The Princess of Humanity

When a young lady named Sangwan Talapat arrived in the United States of America in the summer of 1917, she would not have imagined that her life would change forever, and that she was about to embark upon a journey of a life time. Born a commoner, she eventually married a prince and became the mother of two kings and a princess. She would touch the lives of countless people, and become an inspiration to them all.

Officially, she is Her Royal Highness Princess Srinagarindra, the Princess Mother of King Bhumibol Adulyadej The Great. The title was bestowed in 1970 but most Thais still prefer to call her Somdet Ya or “Princess Grand ma,” an address that rightfully reflects the deep affection and respect she has earned from the Thai people.

The Princess was an exemplary model of a dutiful mother, a lifelong learner and a dedicated working woman who never once let time pass idly by. She was a shining case in point of a woman empowered by education, which was a rare case in the first decades of the 20thcentury when only a few Siamese girls attended school. Yet, despite her status of a princess, she led a simple, humble and down-to-earth life until her very last day. That is why the people’s sentiment towards her is a warm and caring bond, as if she were their own beloved grandmother.

Due to the untimely death of her husband, Prince Mahidol of Songkhla, in 1929, she abruptly became a single mother of three at the tender age of 29. The Princess moved to Lausanne, Switzerland to raise her three young children. During her stay there, she lived in an unassuming apartment, did the grocery shopping herself and was known by her neighbours as Madame Mahidol rather than as a princess.

A Thai proverb that underlines the influence of mothers on their children states that ‘a good elephant is detectable from its tail and a good lady is identifiable from her mother.’ In the case of the Princess, her thoughtful ways of raising her daughter and two sons have shaped all of them into capable, responsible and caring adults who have followed in the footsteps of their parents, finding immense joy in helping people in need.

Her daughter, the late Princess Galyani Vadhana, recalled that the Princess Mother always taught and retained her children to be punctual, frugal and polite. This had not changed even after her eldest son became King Ananda Mahidol at the age of nine in 1935.

An avid student and an active initiator for change

The Princess was an enthusiastic lifelong learner and a working woman in every sense of the word. She received a scholarship to study nursing in the United States of America where she met her future husband. She took courses at Simmons College in Boston while Prince Mahidol of Songkhla attended public health courses at Harvard University. The interest of the Mahidol couple in these fields would later prove that it was a boon for the development of modern medicine and public health in Thailand.

In 1974, the Princess established the Princess Mother’s Medical Volunteer Foundation (PMMVF) to dispatch volunteer medical teams to offer treatment to people in remote areas. Thailand back then was a second-tier developing country faced with security challenges in various forms, such as internal unrest, poverty and public health. Therefore, the efforts of the Princess not only elevated community spirit but also complemented the government’s work in uplifting public welfare.

The Princess would frequently travel with the medical team to every remote corner of the country, often accompanied by her daughter. Hill tribe people were familiar with the sound of her helicopter and referred to her as Mae Fah Luang or Princess from the Sky. The PMMVF has matured over the years with a wide range of projects, including mobile dentistry, eye surgery, and assistance to disabled persons.

Lausanne had been the Princess’s second home for over 50 years. She decided to reside in Thailand permanently when she was almost 90 years old. Doi Tung in northern Chiang Rai was chosen as the location for her ‘first home’ in her motherland not because of its breathtaking scenery but for the crisis it was suffering. The Princess had visited Doi Tung before and experienced first-hand that the mountains were severely deforested. She vowed to turn this place into lush greenery once again. “I will reforest Doi Tung,” so she said.

That was how the Mae Fah Luang Foundation, which started in 1972 as the Thai Hill Crafts Foundation, became involved in the development of Doi Tung. It was well known internationally for its mission to elevate the quality of life for locals and to help them achieve sustainable livelihoods. The Foundation is recognised by the United Nations Office on Drugs and Crime (UNODC) for its successful and unique modalities that have helped rural communities eradicate poppy cultivation, empowering them with a community-centred participatory approach. The Foundation has since shared its experiences with other countries and expanded its development collaboration projects with Myanmar, Afghanistan, and Indonesia.

Three decades after, Doi Tung has been restored to its pristine natural condition with villagers enjoying a sustainable income from alternative crops supported by the Foundation, such as coffee and macadamia nuts. The Foundation also helps villagers to market their handicraft products by supplying them to international brands such as Ikea.

The Princess passed away in 1995 just three months before she would turn 95. The Princess from the Sky has returned to where she belongs. But her commitment to community service still lives on in the spirit of every medical volunteer of the Princess Mother’s Medical Volunteer Foundation. Her love for nature and compassion for the marginalised also remain a magical source of inspiration in Doi Tung and beyond.

The Princess led a simple life but achieved great accomplishments that captured the hearts of millions. She found true happiness from her selfless deeds for humanity and the less advantaged as reflected in one of her remarks with the Border Patrol Police. “I always realise your difficulties in undertaking your duties and I am pleased to provide assistance to all of you for the benefits of the nation.”