Thailand’s Ratification of ILO Convention No. 111

On 13 June 2017, Mr. Sek Wannamethee, Ambassador and Permanent Representative of Thailand to the United Nations Office and other International Organizations in Geneva, accompanied General Sirichai Distakul, Minister of Labour, to deposit the instrument of ratification of the International Labour Organization (ILO) Convention No. 111 on Discrimination (Employment and Occupation), 1958 to Mr. Guy Ryder, Director-General of ILO, on behalf of the Royal Thai Government. The ratification reassures Thailand’s commitments in protecting persons from all forms of discrimination in employment in compliance with international labor standards. This is the 17th ILO Convention that Thailand has ratified, which will enter into force on 13 June 2018, 12 months after the ratification.

The Convention No. 111 is one of eight ILO fundamental conventions, of which Thailand has now ratified six, on the elimination of discrimination in respect of employment and occupation. Member States that ratify this Convention are obliged to enable legislation which prohibits all forms of discrimination and exclusion on any basis including race, color, sex, religion, political opinion, national extraction or social origin in employment. Cooperation with employer and workers organization should also be enhanced to promote the acceptance of this policy. 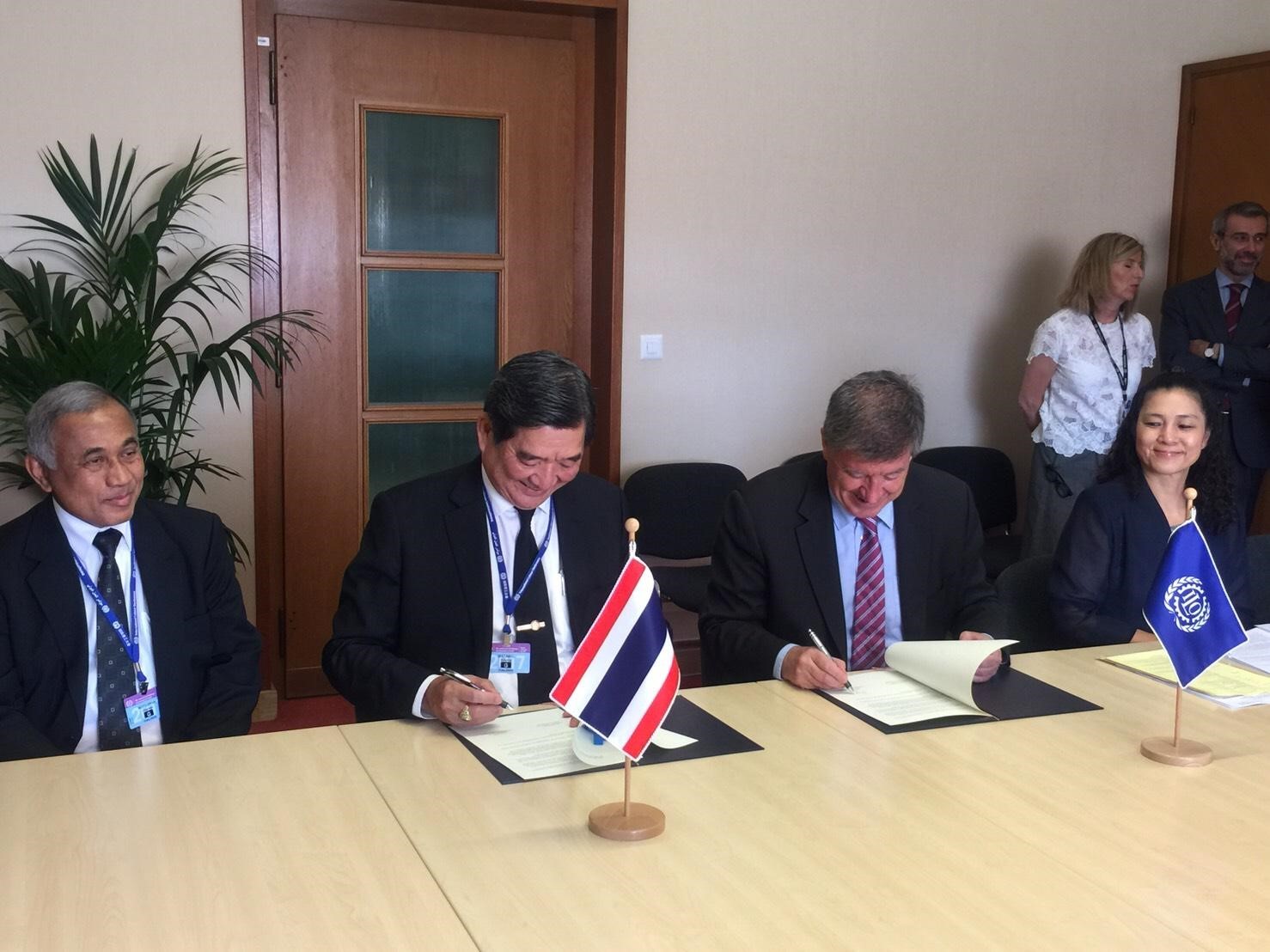 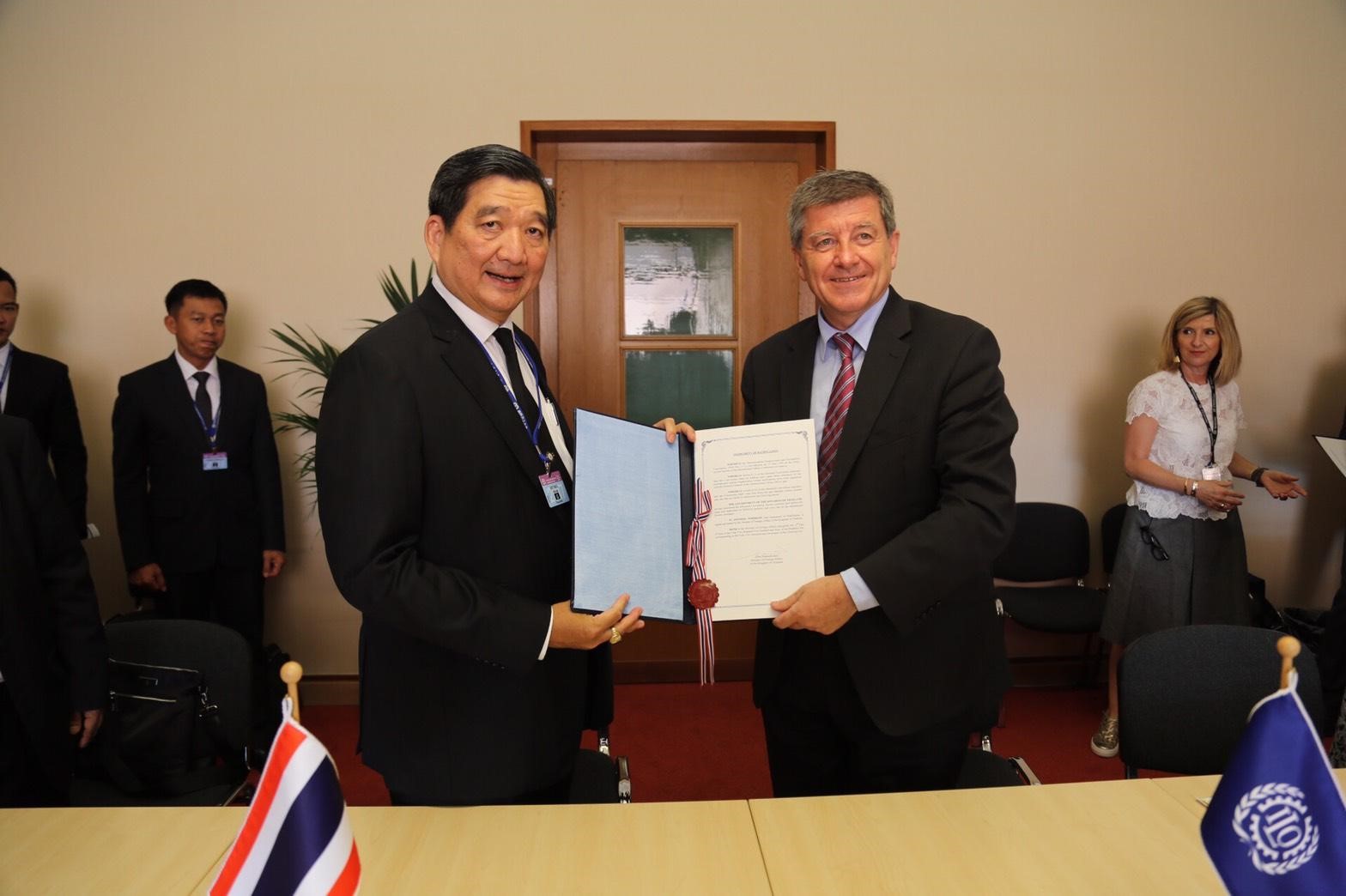 The ratification of Convention No. 111 is also in line with Thailand’s commitment to the Convention on the Elimination of All Forms of Racial Discrimination (CERD) and the International Covenant on Economic, Social and Cultural Rights (ICESCR). The promotion of non-discrimination in employment is also reflective in Goals 5, 8, and 10 of the Sustainable Development Goals (SDGs), which seeks to promote gender equality, decent work and economic growth, and reduced inequalities as well as the ILO’s agenda of decent work for all. At present, 175 Member States, including Thailand, have ratified this Convention.

Thailand has continued to promote non-discrimination in all aspects with the new Constitution B.E.2560 (2017) as the foundation. Other laws including the Gender Equality Act B.E. 2558 (2015) have also been enacted to enhance and promote non-discrimination. It should also be highlighted that Thailand has enacted various laws on the protection of specific groups beyond what is required in Convention No. 111 including age, person with disabilities, and undocumented migrants.