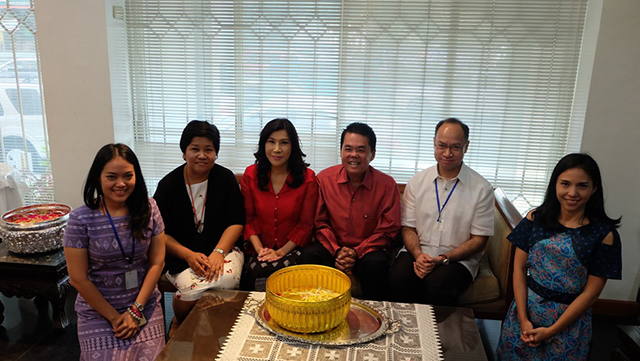 On the occasion of Songkran Festival and Thai New Year, the Royal Thai Embassy has invited officials, Embassy staffs, Team Thailand, Philippines-Thai Cultural Organization and AIT Alumni Association as well as the Executives and staffs of Dusit Thani Manila to join a water pouring ceremony onto the Buddha statue in order to seek blessing from Lord Buddha at Dusit Thani Manila on 11 April 2015. The same ceremony took place at the Embassy on 13 April 2015, in which officials, Embassy staffs and Team Thailand also performed a water pouring ceremony and received blessing from Ambassador Thanatip Upatising and his spouse, Mrs. Monthip Upatising. The Buddha statues were also on display at the Royal Thai Embassy until 17 April 2015 for the Thai community who resided in Manila to pour a water and seek blessing. 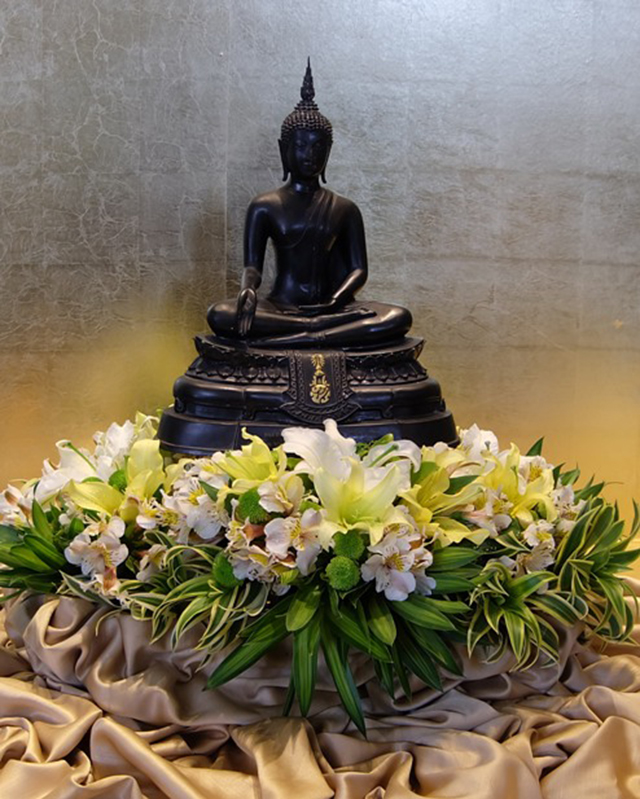 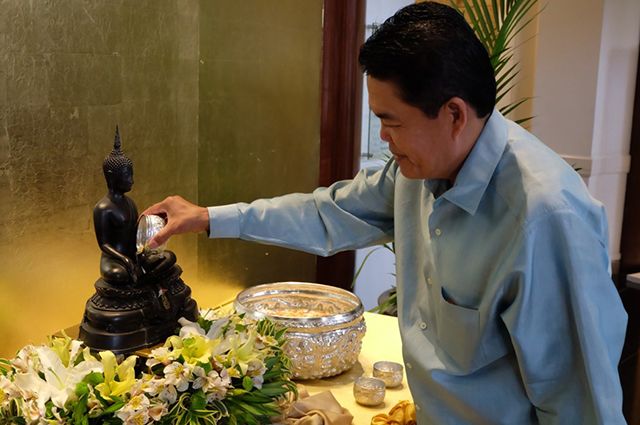 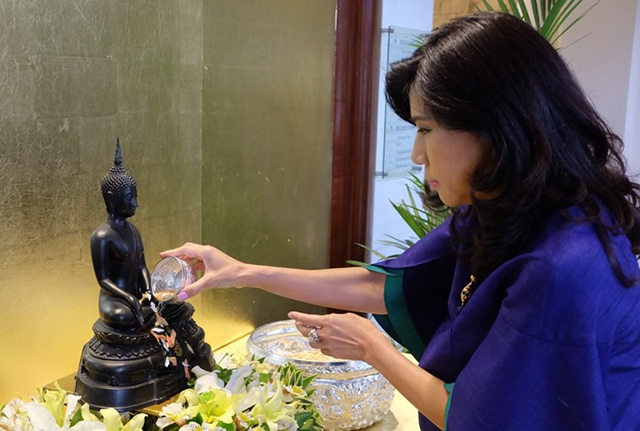 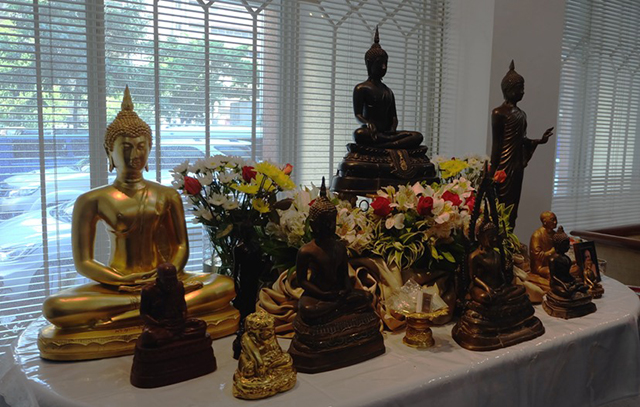 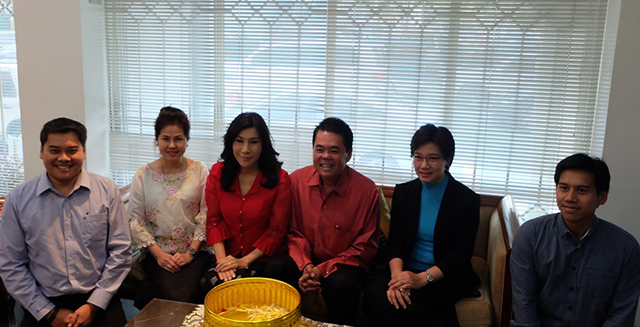 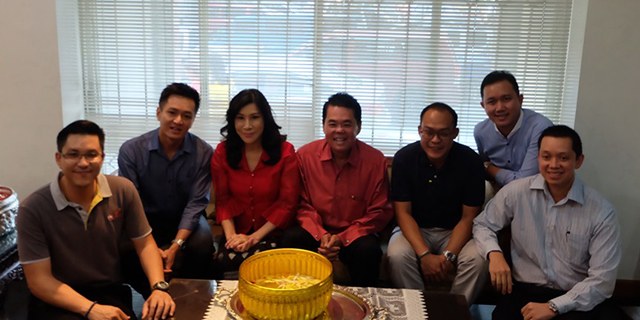