On 28 August 2015, the Thai Prime Minister and his spouse joined the official programmes, namely the Wreath-laying Ceremony at Rizal Monument and the Welcoming Ceremony at the Malacañan Palace. Afterward, the Prime Minister and the President of the Republic of the Philippines had a bilateral meeting. The talks focused on improve bilateral relations by building a partnership for prosperity and strengthening the ASEAN Community. The Prime Minister also used this opportunity to express his condolences regarding a Filipina who was injured during an explosion at the Brahma shrine, Ratchaprasong intersection on 17 August 2015. The Thai authorities have provided remedies and assistance to those affected by the incident. After discussions, President Aquino hosted a State Luncheon in honor of the Prime Minister and his spouse. 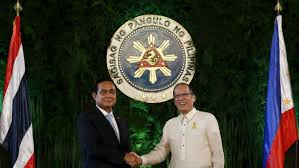 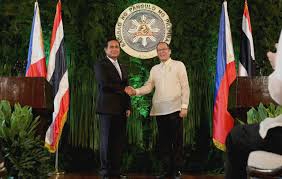 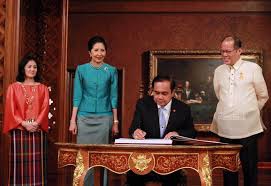