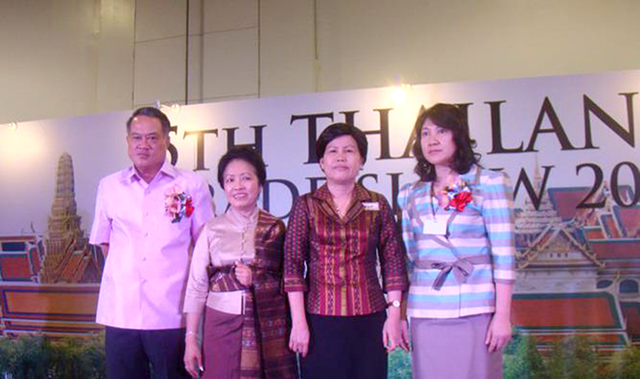 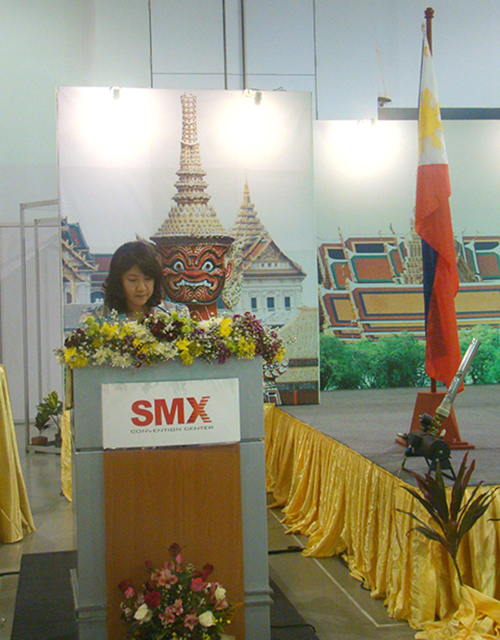 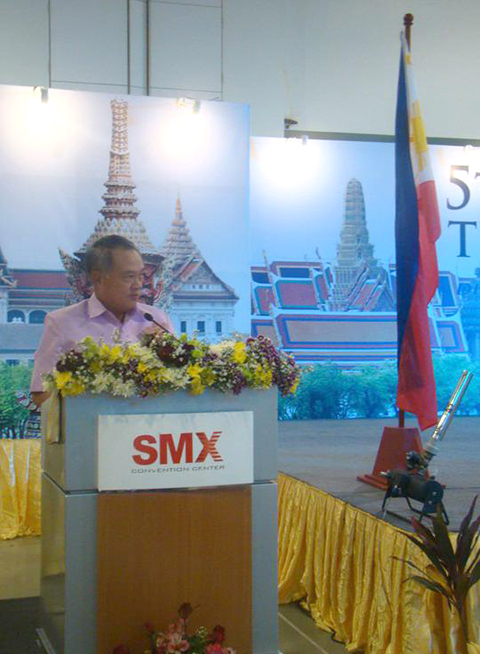 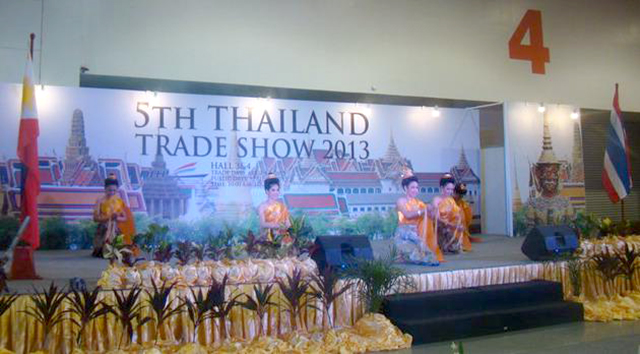 During the event, there was a raffle draw for diners in Thai restaurants that participated in the Songkran Promotion Month (People's Palace, Benjarong, 8 spices, Simply Thai, Mango Tree, and Azuthai) between 6 March – 2 April 2013. The winner was awarded round trip air plane ticket, accommodation, and travel package sponsored by Thai Airways International and Tourism Authority of Thailand to experience the Songkran Festival in Bangkok. 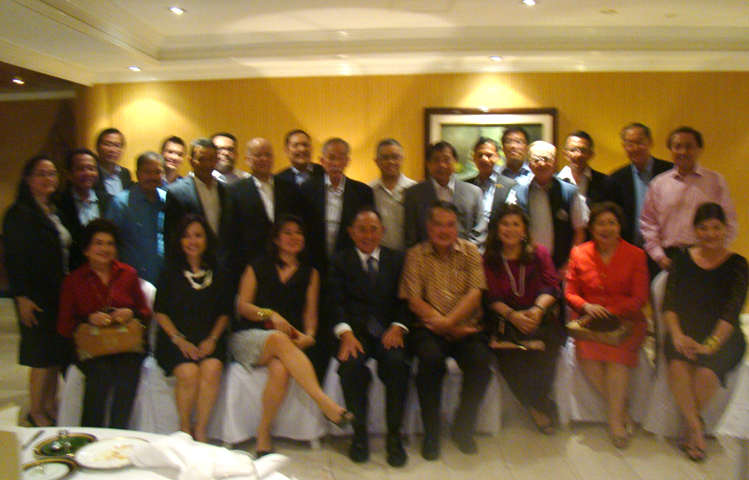 On 21 March 2013, H.E. Prasas Prasasvinitchai, Ambassador of Thailand to the Philippines, hosted a dinner in honour of Hon. Jose de Venecia, Jr. and family. Hon. Victor Ortega and family, Mr. Ramon Ang, President of San Miguel, as well as members of Team Thailand also participated in the event. 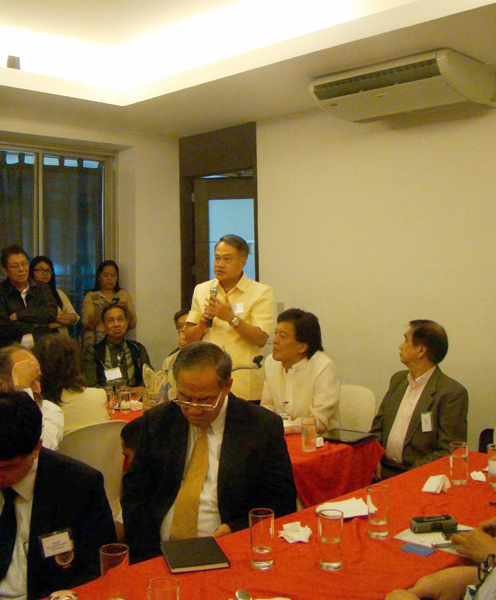 H.E. Prasas Prasasvinitchai spoke during the Forum on Aquaculture session by Charoen Pokphand (CP) Foods Philippines. The Forum was hosted by the Management Association of the Philippines on 7 March 2013 at the Metropolitan Club. Also in the picture are Mr. Ramon Ilusorio, Honorary Consul of Finland (seated) and Mr. Arnnop Jeanprasert, Senior Vice President for Agro-Industry of CP Philippines. 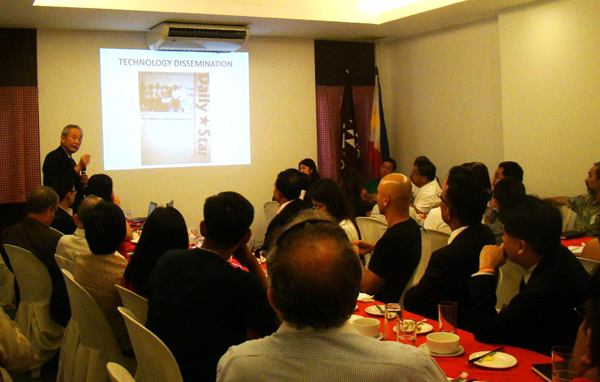 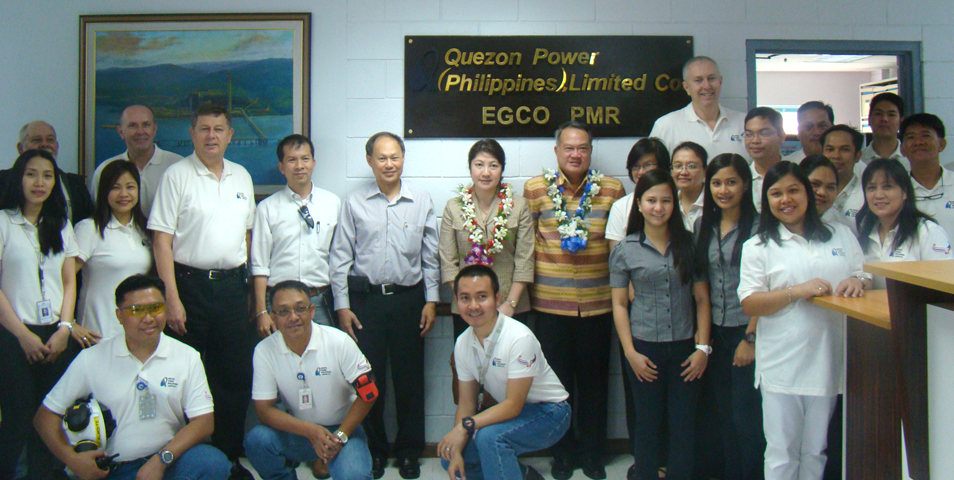 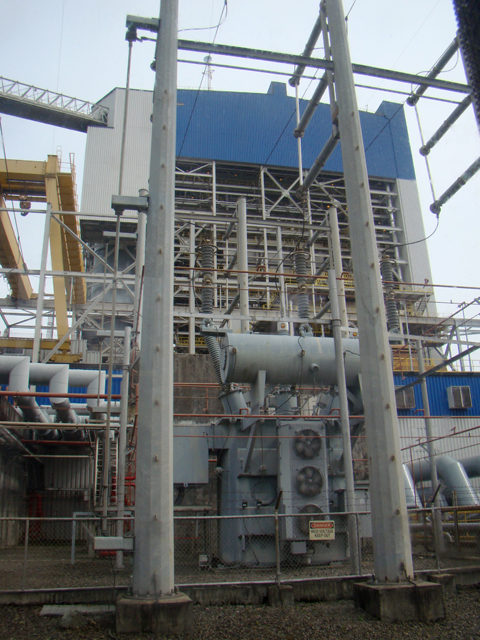 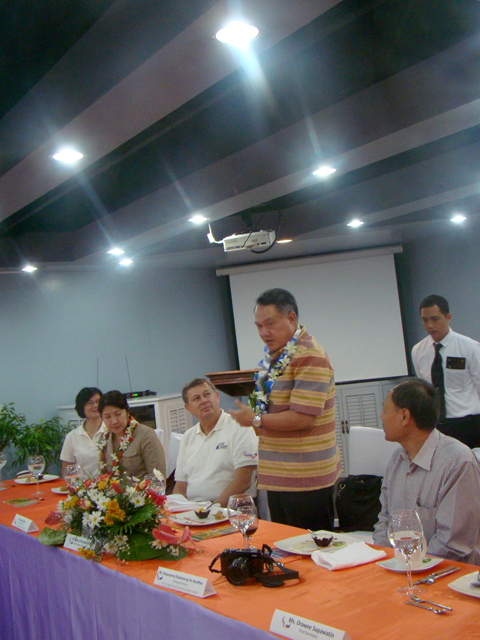 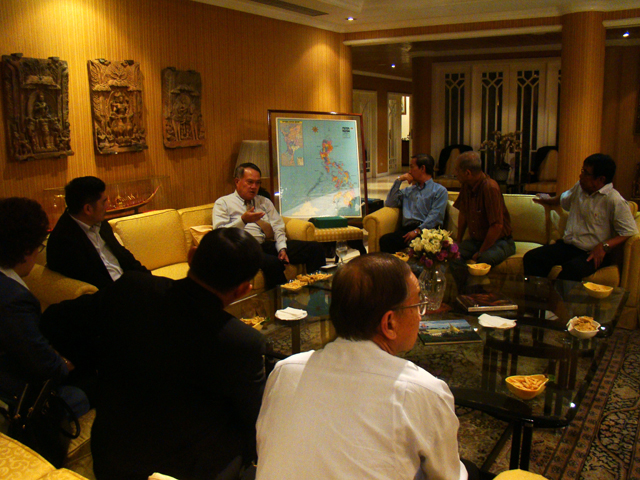 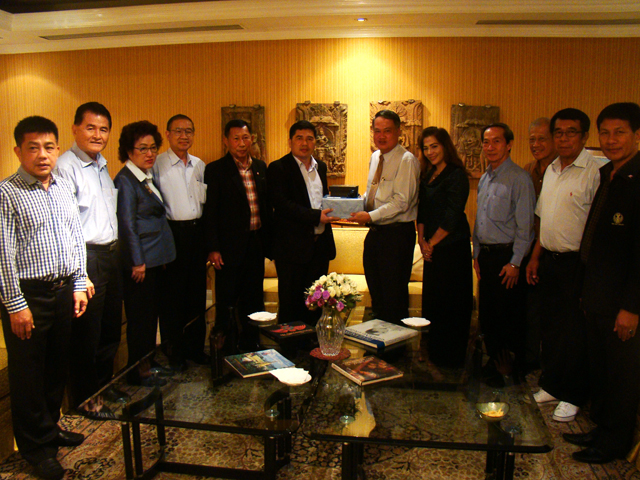